At 5:18 pm on New Year’s Eve, after a month in ICU and a variety of attempts to save him, my Dad died.  One by one, the nurse turned off the collection of machines that had been keeping him alive. The tangled mess of lines and tubes were removed from his nose, mouth, and arms.  The persistent chorus of hums, huffs, beeps, and buzzes came to an abrupt end and the room was silent.

None of us were quite sure what to do.  We hadn’t really known what to do at any point before then either.  Until that moment, the default was to wait.  We waited for the next lab result, the next procedure, the next specialist, the next medication, the next day.   We begged for answers but were forced to settle for scattered crumbs of hope.  Now that he was gone there was nothing else to wait for.

Sitting there looking at his body, an odd question started nipping at me like a determined mosquito in the dark.  I couldn’t get my hands on it, and it wasn’t going away.

The very idea of this question scared me.  I was afraid that I might not be able to answer it.  I felt guilty for asking it in the first place.  Why the hell wouldn’t I know who my father was?  He was an amazing dad who made every sacrifice for his family and loved me unconditionally.

I was overwhelmed by the reality that all of the information I might need to answer this question already existed.  Like the moment an artist leaves us, the catalogue is immediately complete and exponentially more valuable.  It felt urgent that I find an answer and the thought of taking it on was overwhelming.  How do you piece together a life?

Memory and Discovery: Sorting through the evidence

Most of my fear around this question was rooted in the lack of confidence I have in my memory.  I suspect that some of the poor choices from my younger years have contributed to a less-than-perfect recall.  It felt so important that I access every meaningful memory on the spot and I was scared that they just weren’t where they were supposed to be.

So my focus shifted from remembering to discovering.  I needed to learn who Dad was.  Just because there wouldn’t be any new information available to understand him didn’t mean I couldn’t collect evidence from other sources.  It was time to play detective.

My mom doesn’t know how to use her phone.  The memory is so full she has to delete an old picture in order to take a new one.  Listen, my brother and I are good sons.  We’ve tried.

In this case it proved to be an incredible blessing.  The day after Dad passed away I heard his voice from the other room.  Mom was playing old voicemails from him.  The ability of the human voice to connect us is amazing.  I sat down next to Mom and it’s like he’s still here.  He’s just checking in.  We’ll see him later tonight.

Message after message played.  “How many of these are there, Mom?,” I asked.  “Oh, I don’t know,” she replied.  I relieved her of the mysterious device and checked.  There were 1,789.  By some combination of technological incompetence and divine intervention her phone had saved every message from the last two and a half years.

In listening to them I discovered one very important thing I never would have known before.  He began almost every message with the sweetest, most gentle “Hey, Darlin’” you’ve ever heard.

Regular old personal belongings become artifacts the moment someone dies.  As I write this, I am sitting in his chair.  I’m wearing his flannel and drinking from his coffee cup.  A couple months ago these were just his personal belongings.  Now they are evidence of how he lived- the closest thing to him remaining in the physical world. I rummage through his dresser and examine the contents of his closet.  It feels like a weird thing to do, but I can’t imagine not doing it either.  I wonder why he kept his socks like that. I marvel at how he managed with so few pairs of shoes.  I stare at the tools on his work bench and try to figure out what he was working on last.  I don’t want to move anything.  I know we’ll have to at some point, but not yet.  For now, everything will stay exactly as he left it- frozen in time.

As we prepared for the visitation and service, we sorted through photographs.  I became oddly consumed with curating every picture ever taken of him.  Seeing a life in snapshots is cathartic.   Mom brought in bin after bin containing meticulously sorted and labeled plastic bags.  It took us forever, but we didn’t care.  Dad’s life was spread out in stacks on the kitchen table.  One after another, the memories I feared had been lost forever flooded back.   Turns out they were there all along. They just needed a little spark. Holding a 3 x 5 Polaroid in my hands, I felt his course red mustache on my cheek as we wrestled on the old fuzzy brown carpet in front of the picture window with the tan burlap curtains.  I remembered exactly what Dad’s love felt like as a kid.  Pictures are time machines.

We owe it to ourselves

I don’t know if my experience processing loss is “normal.”  There may not be such a thing.  There’s certainly not a script on how to grieve, although I have come to the conclusion that I’m not very good at it.  Writing seems to help.  It forces me to process thoughts and emotions that I would otherwise dismiss as unproductive or annoying.  Attempting to make sense of things that never will is still worthwhile.

This journey of piecing together who my Dad was has taught me two important things:

Who were you, Dad?

It was important for me to ask, and attempt to answer, the question of who my father was.  Sifting through the clues he left behind gives me peace that I did my best to understand him.  I needed that.  I didn’t fully understand him and probably never will.  That’s ok.  We are complex organisms.  Complete understanding of one is probably too much to ask.  But I do know a few things for sure:

He had a unique sense of humor that caught people by surprise.  He was determined to keep doing what he loved to do in spite of his limitations.  He persevered without complaint.  He wasn’t afraid to be silly.  He had a creative spirit.  He loved God.  His love for his wife and his children was absolute. He made every sacrifice for us.

After my sister died, Dad wrote something special.  He explained exactly how it felt to try to understand something that could not be understood.  It’s a painfully honest glimpse into how he thought, how he felt, and who he was.  It’s an incredible thing to have.  He left some evidence, but I would give anything to have more.

So, I’ve made a decision.  When I’m gone, my kids won’t have to look so hard.  They won’t have to investigate the way I did for my Dad.  For better or worse, they’re going to know exactly who I was.

So… Who were YOU?

I have some good news.  If you’re reading this, you still have time.  You can make it easier for the loved ones you’re going to leave behind to wrap their heads and their hearts around who you were.  I would argue it’s your responsibility. Recording things used to be a lot more difficult.  There was a time when the only way to remember grandpa was to go to the wall of the cave and point to a stick figure throwing a spear into his supper.

With today’s technology we all have a photographer, film crew, and recording studio in our pocket.  Use it.

Taking an extra moment to pull out your phone can be inconvenient in the moment.  Do it anyway (at the very least, don’t be the one who complains when someone else does).   It may seem self-indulgent.  You might say; “I don’t need to be putting my life out there on social media for the world to see.”  No worries- you don’t have to post any of it for THE world.  The purpose is to leave things behind for YOUR world- the handful of loved ones who will remember that this was the 20th Easter without you.

Every phone has an audio recorder.  Open yours, hit record, and have a conversation with someone you care about.  It doesn’t really matter that much what you talk about- it’s the voice that matters.  There’s something magical about hearing someone’s voice- especially after they’re gone.

Every phone can also record video.  Seeing a person’s mannerisms connects us to how it felt to be around them.  Dad had this odd little jaw stretch he would do when he was really trying focus.  We all have quirks that are peculiar and beautiful that make us uniquely us.  Capture them.

There was a time when people wrote letters.  They crafted them with intention and care.  That practice may be dying, but it’s not dead.  Write a letter to the people you care about the most.  Make it something they’ll treasure.  There’s no need to wait until one of you is gone or going.

We didn’t get the opportunity to have those last precious conversations with Dad.  We never know when the last one will be.  That’s the point: we never know when “Who We Are” will become “Who We Were”.  As of today; as of this moment- we still have time, although we have no clue how much.  I was chatting with a good friend who was recalling a conversation he had recently where he expressed his appreciation for a loved one. Noticing that they weren’t quite sure how to react, he said; “Don’t worry, I’m not dying.”  After he concluded his story, I replied; “Well, you are actually.  You’re dying.  We all are.  Maybe today or maybe 80 years from now; either way it’s definitely happening.”

Some might consider that to be a depressing thought.  I believe it’s the opposite. Adopting a “THIS COULD BE IT” mindset changes things.  It inspires intentional action.  It activates a level of awareness, urgency, and gratitude consistent with the reality that we only get a limited number of spins.  Kill your short-sighted excuses for waiting to make the next memory.  There’s no such thing as too many. 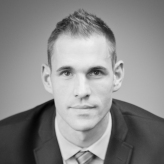 Greatness: From Witness to Participant